As I mentioned in previous posts, I’m just writing a game for an iOS under Delphi XE-5.

Well on the begging it was looking really nice and easy, but there are some catches. 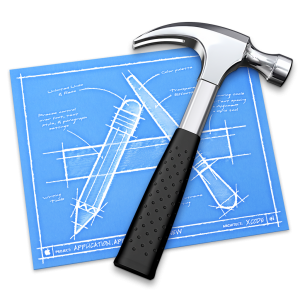 First Delphi doesn’t support multi-touch. This was handled thanks to support of Iztok Kacin.

I found that iOS can play MIDI by this article, but from Delphi I couldn’t call it, because “god knows why” Embarcadero created support for some of the frameworks under Delphi.

So I was digging and digging and I found out that it’s actually relatively simple to add missing frameworks to Delphi.

Embarcadero did that for some of them and Xcode gives header files to each of the framework.

I just compared the Delphi .PAS unit with the original .H unit to get the concept.

I implemented few functions manually and by that managed to play a MIDI file at my app.

But as you can imagine whole library is more then 5 functions. It’s a thousand lines of code actually.

Lot of work… but I’m a programmer and when there is lot of work I have usually a computer to do it (for cleaning dishes I have wife muhaha).

And I wrote an application that is doing the conversion.

It took me whole day and night to get first working version, but HOORAY it’s working and I can compile one iOS unit directly by Delphi without any error.

I prepared special page for this project, to put there updated. I’m calling it:
Delphi implementation of missing iOS frameworks

Unfortunately this doesn’t mean that the code is correct.

Nice thing on my solution is that if I have there a mistake, this mistake will be all over at every place where that specific type of code was used. If someone will find it, I can correct my tool reexport the units and publish newer and better version.

One of key thing I have to do was implementation of the compilation directives.

which my tool must understand otherwise there will be lot of crap.

So I did an implementation of this, but I’m sure that there will be more work as I’ll convert more units.

The next problem was the records and the unions:

Well I’m not ObjectiveC programmer and I was working with C few years ago.

But the internet is just great thing I found this article that helped me really a lot. Thank you Rudi!

I have now working basic version of MIDI at my iOS application and I want to add more units so any Delphi programmer can use all the iOS features.

I’ll appreciate the help of other people – if you can use the units and let me know if the work for you or point me the error you found, it would be great.