At the games development if you paint animations at the screen or you are scrolling the scene, you want it to look smooth. To do that you need paint certain amount of pictures at the screen per second. This is called Frames per Second (FPS). 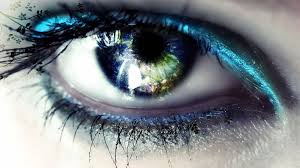 When you have a PC/Mac game you usually have to buy better hardware or decrease detail quality to raise the FPS to level that it will be nice.

But if you have the iPhone it’s up to the developer to create the game in such quality to look and works nicely. (if you have Android you have more choices to buy so you can still upgrade).

But what is the optimal FPS? Well let’s put little of the technical details.

First of all you have a frequency of your monitor painting. It’s something usually between 60 Hz to 100 Hz. You saw this number but you don’t know how it’s related to FPS?

Well if you have monitor that is 60Hz then it means that your monitor paint what you 60 time per second. So it’s actually same unit of measurement as FPS. Logically then if you have your card and your monitor set to 60Hz and you will have game with 100 FPS you can’t see it, because the monitor will limit the painting anyway to 60 FPS.

So that’s the higher limit and we now know that it’s somewhere around 60-100 FPS.

If you look at the movie at the cinema then it’s show with 25 FPS.

If someone will show you movie with slower speed – let’s say 20 FPS you would perceive that it’s not smooth.

We could assume that 25 FPS is enough, but it’s little bit more complicated.

If you will pause the movie at any picture you will see that moving objects are not sharp, but they are blur. That creates the illusion of the movement and when you look at series of pictures like that you see it as smooth movement.

But if you will take a picture and you will move it at the screen of computer with 25 FPS you will perceive that it’s not smooth – because there is missing the blur that would tricks.

What is the optimal FPS?

I believe it’s little bit individual but the real smoothness starts for some people around 35 FPS.

Also it really depends on other factors as background and what objects you are moving on the screen. For example we have at the Piano Wizard something around 28 FPS at the iPhone and it’s looking nice and smooth.

You can find it your self at the site that I just recently found:

http://frames-per-second.appspot.com/ play with the settings and you will see all the tricks.

It’s really interesting and if you want to develop computer games, it’s really important to know.